Four researchers from Oxford University have today received prestigious medals and prizes from the Royal Society in recognition of their outstanding contributions to science and medicine. 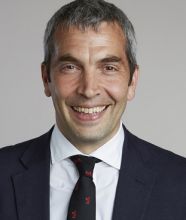 Professor Benjamin Davis FMedSci FRS receives the Davy Medal for inventing powerful chemical methods that directly manipulate complex biological molecules, enabling elucidation and control of biological function and mechanism in vitro and in vivo, beyond the limits of genetics. Professor Davis of the Department of Chemistry is also Next Generation Chemistry for Medicine Science Director at the Rosalind Franklin Institute.

Professor Davis said: ‘It’s deeply humbling to receive this medal, given the people who have received it before, several of whom are personal heroes for me. In essence, it’s a testament to the drive and hard work of all the talented people I have been lucky enough to work with. I would like to thank them for their outstanding work, ambition and passion for science. Of course, too, this work would also not have been possible without the support of many key partners including UKRI and the EU.’ 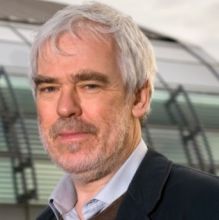 Professor David Stuart FMedSci FRS receives the Gabor Medal for his seminal contributions to understanding virus structure and application to vaccine design, as well as driving the application of engineering and physical science to the life sciences. Professor Stuart is Professor of Structural Biology in the Nuffield Department of Medicine and the Life Sciences Director of the Diamond Light Source, the National Synchrotron at Harwell. 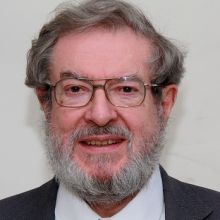 Professor George Smith FRS receives the Armourers and Braisers’ Company Prize. He is a pioneer and leader in the development of engineering alloys through the invention and application of the three-dimensional atom probe, making profound contributions to basic understanding and industrial applications. Professor Smith is Emeritus Professor of Materials in the Department of Materials.

Professor Smith said: 'I am greatly honoured to receive this prestigious award. My dominant thought is that this was a team effort.  A large number of highly talented people worked within the team over many years to achieve this success, and this award is a tribute to them all.  I would especially like to mention two individuals: Alfred Cerezo, who worked with me for 27 years, starting as a graduate student and rising to the rank of full Professor, and Terence Godfrey, our Senior Technical Officer, whose invaluable service extended over a truly remarkable period of 40 years.  Without them, this success would never have been achieved. In addition, more than 50 doctoral students have worked with my group, plus numerous postdoctoral research fellows, academic colleagues from within Oxford, and visiting scientists from around the world.  In all, 25 nations have been represented in this effort.  Science is truly an international enterprise.' 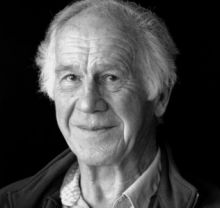 Professor Bryan Birch FRS receives the Sylvester Medal. His work has played a major role in driving the theory of elliptic curves, through the Birch-Swinnerton-Dyer conjecture and the theory of Heegner points. Professor Birch is Emeritus Professor in the Mathematical Institute.

The four Oxford awardees are among 25 Royal Society medals and awards winners announced today. The world’s oldest scientific prize, the Copley Medal, went this year to Sir Alan Fersht FMedSci FRS of the University of Cambridge. This year also sees the inaugural David Attenborough Award and Lecture, which recognises Professor Alice Roberts for her outstanding contributions to public engagement.

The Royal Society’s medals and awards celebrate those researchers whose ground-breaking work has helped answer fundamental questions and advance our understanding of the world around us.

President of the Royal Society, Venki Ramakrishnan, said: ‘The Royal Society’s medals and awards celebrate those researchers whose ground-breaking work has helped answer fundamental questions and advance our understanding of the world around us. They also champion those who have reinforced science’s place in society, whether through inspiring public engagement, improving our education system, or by making STEM careers more inclusive and rewarding.

‘This year has highlighted how integral science is in our daily lives, and tackling the challenges we face, and it gives me great pleasure to congratulate all our winners and thank them for their work.'

Find out more about the Royal Society medal-winners 2020.